Prof Dr. Rajendiran shifted a pathology classroom to the virtual space,
and doubled the attendance
Pathology education isn’t possible without the slides. So, how do professors teach students in a pandemic? A Morphle scanner, of course! 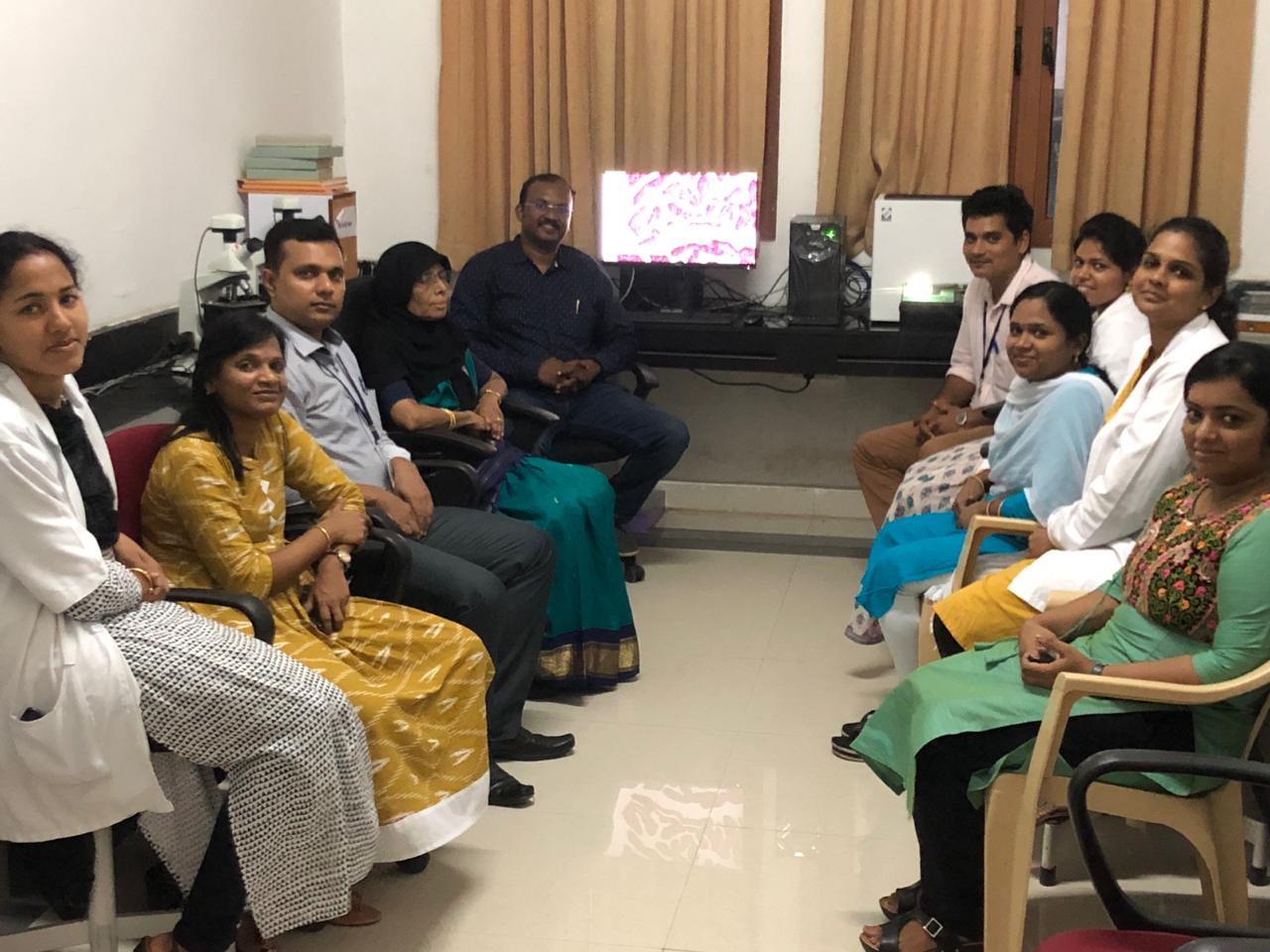 Dr. Rajendiran is a pathologist who specializes in GI pathology. His training years were spent in India, after which he moved to the US on a fellowship. He worked at University of Pittsburgh Medical Center before moving back to India.
‍
In India, Dr. Rajendiran joined a leading med school in the city of Chennai, called Sri Ramachandra Institute of Medical Sciences. The specific college, called Sri Ramachandra Medical College (SRMC) was established in 1986, and their pathology department caters to diagnostic services as well as running a teaching faculty.
‍
The diagnostic operations unit has been very active in serving the people of Chennai and surrounding regions. It engages in histopathology, cytopathology, hematology and immunopathology. The histopathology section receives around 17,000 surgical specimens per annum while the cytopathology section receives about 11,000 specimens per annum which include fine-needle aspiration cytology (including guided FNAC), fluid cytology and exfoliative cytology. Over the years, it made a name for itself and established a reputation for quality and technical excellence.
‍
On the other hand, the teaching faculty is actively involved in training undergraduate and postgraduate students, as well as running several paramedical courses. As part of the broader engagement with the pathology community, the department hosts a week-long crash course for postgraduates in pathology, which attracts hundreds of students from across the country. It is called SPARRC - Sri Ramachandra Pathology Rapid Review Course. For the teaching faculty, it is a matter of pride and honour to be able to host this event. It is one of a kind in India, and involves a significant effort. As an example, they would have over 300 microscopes in one single auditorium along with as many slides, and that is used to conduct the course.
‍
Up until January 2020, this was the norm and things were going great. However, after the Covid-19 pandemic hit, conducting SPARRC became a major challenge. With mobility restrictions imposed by the government and general public reluctance to travel made it virtually impossible to get 300 participants in the same place. Under these circumstances, the course faced the possibility of closure, at least for the time the pandemic was around. The willingness to cancel the event for the time being was high because of the possible reputation loss. The only option they had was to come up with some form of an arrangement to run the conference virtually. They could beam slide images to participants in the virtual space which would then be used for training purposes. The participants could join the course from their homes!
‍
Fortunately, Dr Rajendiran had purchased a couple of Morphle Optimus 6T scanners a few months ago which would take care of this problem. Using a Morphle scanner as the enabler, they planned to conduct the full course virtually. They digitized more than 850 slides using it and the Morphle team helped integrate the scanned slides with their app. Students could use their app to attend lectures and view the slides.
‍
With those steps done, the pathology faculty was ready to conduct the course and became open for registrations in August 2020. To their surprise, they got more registrations for SPARRC than ever! It was held from January 4 to January 10 and received more than 800 participants from multiple countries. This was more than twice their original offline program!
‍
Even with that level of participation, none of the participants faced any technical difficulties, and everything worked smoothly.
‍
‍
Do you want to get your pathology teaching virtual? Get in touch with us!
Get Your Own
Whole Slide Scanner
Contact Us
Thank you! We will get in touch with you shortly.
Oops! Something went wrong while submitting the form.